​When she toured with the critically acclaimed Deaf West Broadway production of BIG RIVER.  The company performed in Tokyo and an earthquake happened during a show, forcing  everyone to stop for a few minutes until it was safe to proceed. The cast, in period costume, awaited the official okay in Japanese, English and American Sign Language then picked up where the show left off.

An alumna of Philadelphia's University of the Arts with a BFA in Modern Dance, she has since broadened her horizons as an actor, director, choreographer, and occasional American Sign Language consultant in television, independent films, music videos, web series, Off Broadway, and on the Great White Way itself, as well as throughout NY, LA, and MANY cities in between.

In 2017, Alexandria worked on the revival of CHILDREN OF A LESSER GODas the director of Artistic Sign Language, which then found its home at Studio 54 in 2018. She worked as the ASL master for the third season of ABC's Quantico and for Sundance Now's This Close (both seasons).

From 2014-2016, she worked the fast and furious turn around of what became the Tony-nominated Deaf West production of SPRING AWAKENINGas the associate choreographer, also adding to her Broadway credits as Marlee Matlin's understudy for "Adult Woman" and proudly being given the role of "Adult Woman" for the show's final month at the Brooks Atkinson Theatre.

​Alexandria shared the stage with Meryl Streep and Kevin Kline in the Public Theatre's Shakespeare in the Park production of MOTHER COURAGE, adapted by Tony Kushner and directed by George C. Wolfe.

The list of incredible artists and collaborators she has worked with is...unbelievable.  Some are international A-list actors, globally known directors, composers and visual artists, rising performers who are triple, dare I say, quadruple threats and others are brilliant individuals from local communities.

​
Along with the aforementioned, among the highlights in her career as a performer and director include: performing at Superbowl LII with Leslie Odom Jr and Pink.; NYCC's Encores' RUNAWAYS; the several months participation of the year-long ODYSSEY PROJECT around NYC; GRUESOME PLAYGROUND INJURIES at Mixed Blood Theatre; FETES DE LA NUIT at the Ohio Theatre; SLEEPING BEAUTY WAKES at Kirk Douglas Theatre (she received an LA Ovation nomination for BEST Female Lead in a Musical); the Broadway revival at Roundabout’s American Airlines Theatre (receiving a special Tony Honors Award), Broadway national tour, and month-long sit-down in Tokyo of Deaf West's BIG RIVER; and an original production of THE WILD BOYS with Australia Theatre of the Deaf in Sydney, Australia.

Alexandria had a blast being on Nurse Jackie (episode "Comfort Food"), and Law & Order: Criminal Intent (episode "Silencer").  She has appeared on HBO's HIGH MAINTENANCE (episode "Genghis"), and has directed/acted in several episodes of DON’T SHOOT THE MESSENGER.

In early 2013, she became a resident member of the Heidi Latsky Dance Company.  The company performed at the Google building in NYC, at American Dance Festival, at Montclair State University for their Peak Performance series, and in honor of the 2015 Americans with Disability Act (ADA) celebration, performed at the Whitney Museum as well as in public spaces around NYC - more specifically, in Times Square, Chinatown, Brooklyn Bridge Park, the Highline, and in the windows of the Atrium on the grounds of Lincoln Center in HLD’s site specific performance piece- On Display.

In true artist-freelancing-in-multi-tasking form, she is a museum educator for the Whitney Museum of American Art, the Lower East Side Tenement Museum, Lincoln Center Performing Arts and the Jewish Museum.  You may see her featured in the Guggenheim’s online ASL vlogs highlighting a few of their works in the Thanhauser Gallery.

For nearly ten years, she was a teaching artist with Theatre Development Fund (TDF) and with Interactive Drama & Education Awareness in Schools (IDEAS).  She continues to work with TDF with ASL directing the interpreting teams for their 'hands up' performances.  Between TDF and Hands On, she has walked a mile in theatre interpreter 'shoes' and interpreted ALADDIN, Rodgers & Hammerstein's CINDERELLA, ON YOUR FEET and in at the Delacorte, in  KING LEAR and  TAMING OF THE SHREW.

Oh, and she is certified in Vinyasa Flow yoga.
If a Masters degree in ‘Life Experiences in Performing Arts’ existed, Alexandria would have one, proudly, framed upon her wall.

The past few years in review:

*CODA premieres at Sundance Film Festival and goes on to win multiple awards and nominations. Picked up by Apple TV+

*Lincoln Center's ReStart Stages of Deaf Broadway's Into The Woods

*NYCLU's Sing Out for Freedom

*Theatre workshops via Zoom for schools with Deaf and hard of hearing students around the US and in person with Inside Out Theatre in Calgary, Canada

One of her most memorable experiences was when the troupe she performed with in one of the cities of India had to hold starting the show due to a mama cat and her kittens traipsing  across the stage. 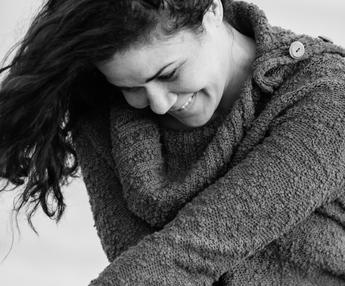 Alexandria Wailes has done stuff.  A lot of stuff.

Growing up in the northern part of Delaware, she spent much of her childhood in dance classes. A transfer to complete high school in Washington DC led to the start of international travels as a performer. Since then, she has performed in Senegal, Puerto Rico, India, Japan (twice), Romania, and Australia.